Start your own cult in a land of false prophets, venturing out into diverse and mysterious regions to build a loyal community of woodland Followers and spread your Word to become the one true cult.

Cult of the Lamb casts players in the role of a possessed lamb saved from annihilation by an ominous stranger, and must repay their debt by building a loyal following in his name. Start your own cult in a land of false prophets, venturing out into diverse and mysterious regions to build a loyal community of woodland Followers and spread your Word to become the one true cult. 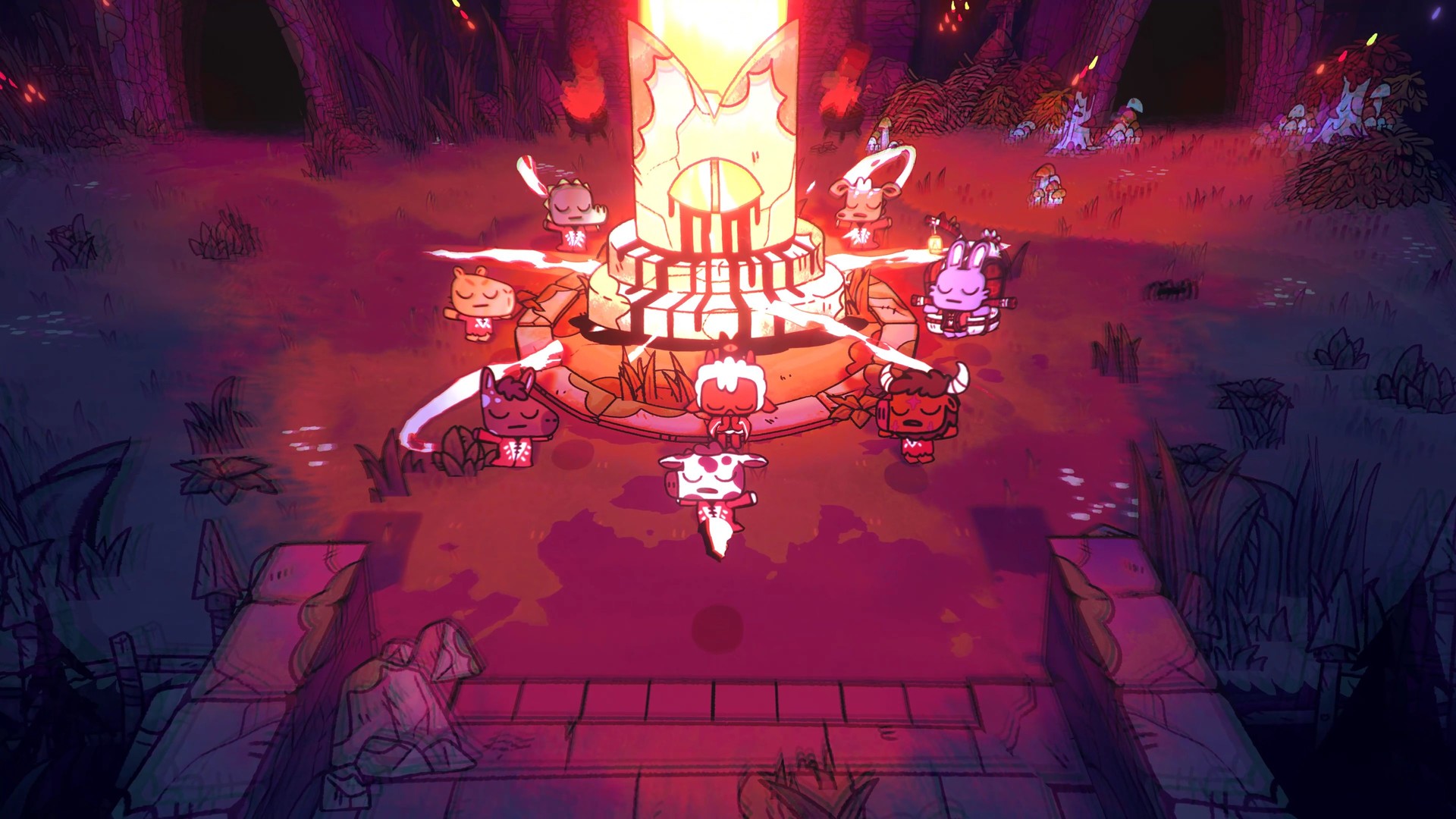 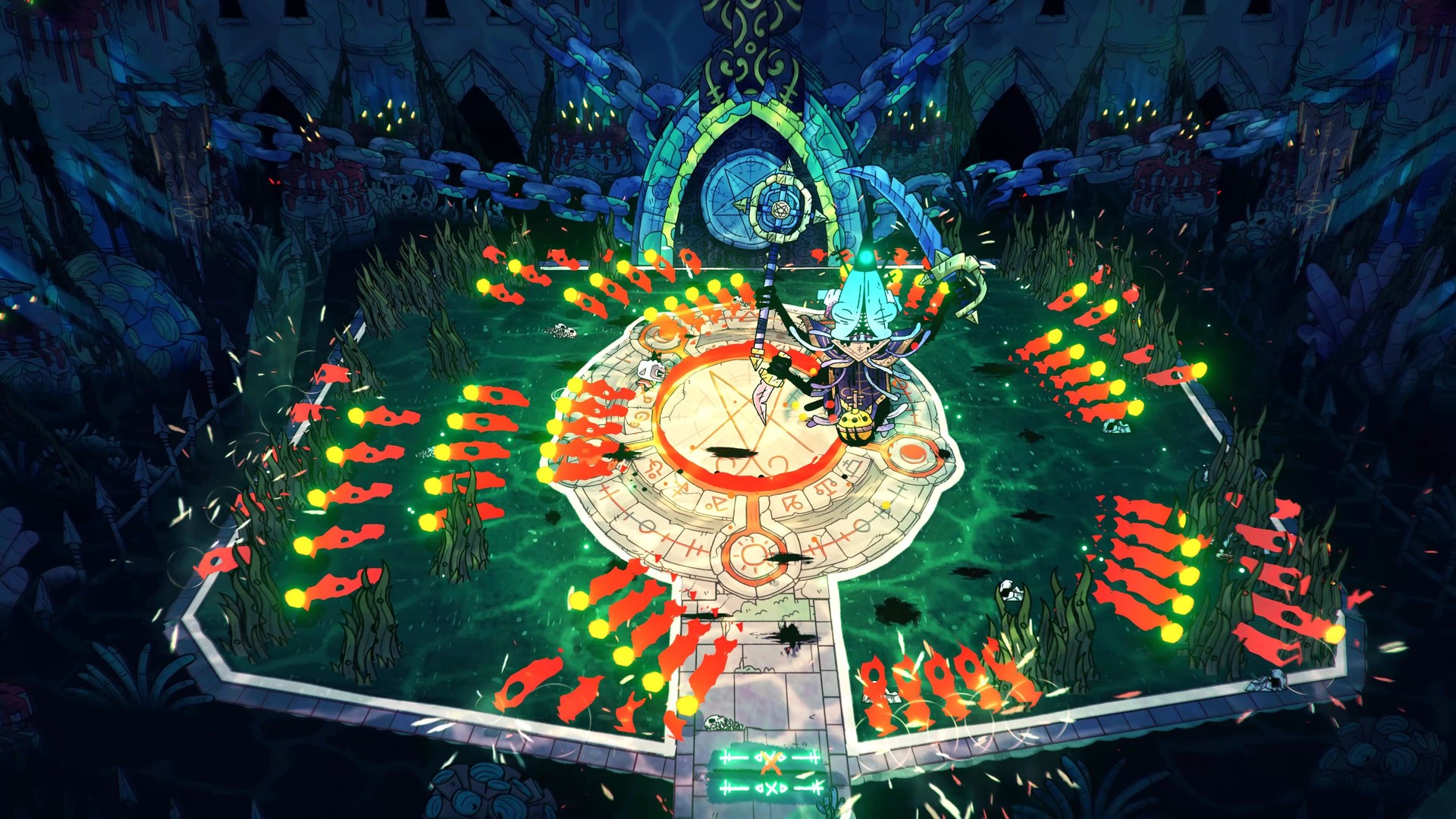 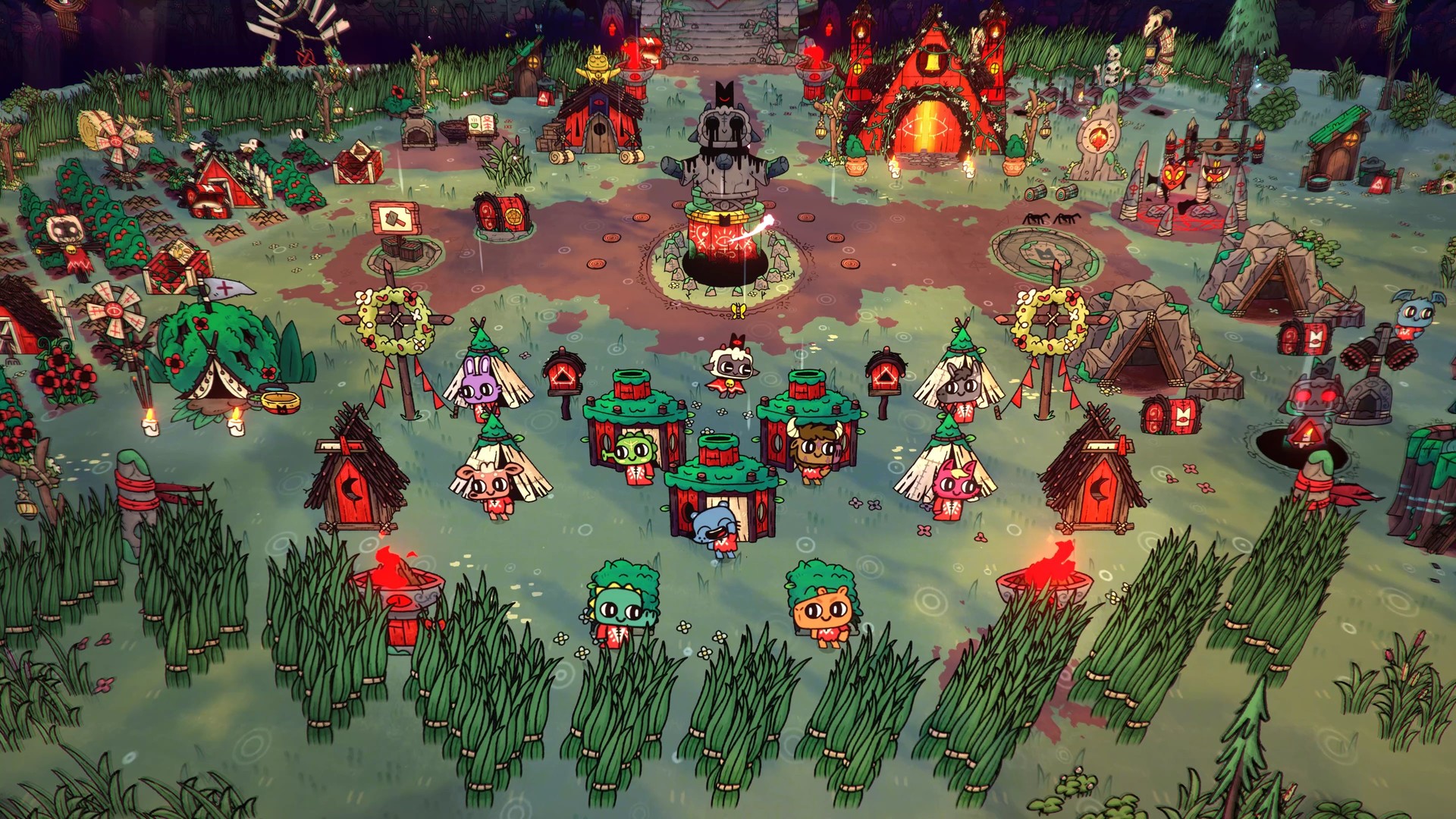 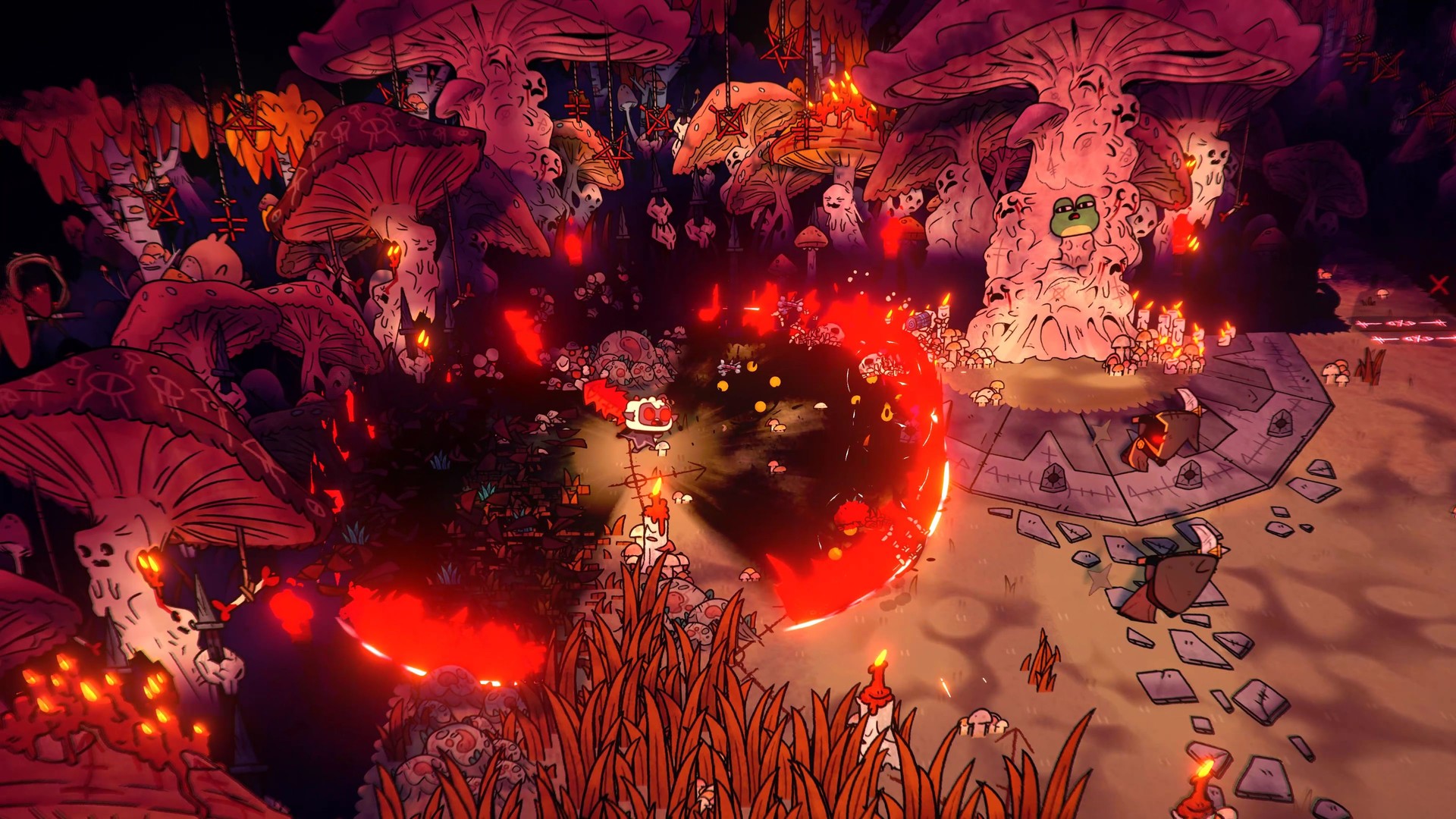 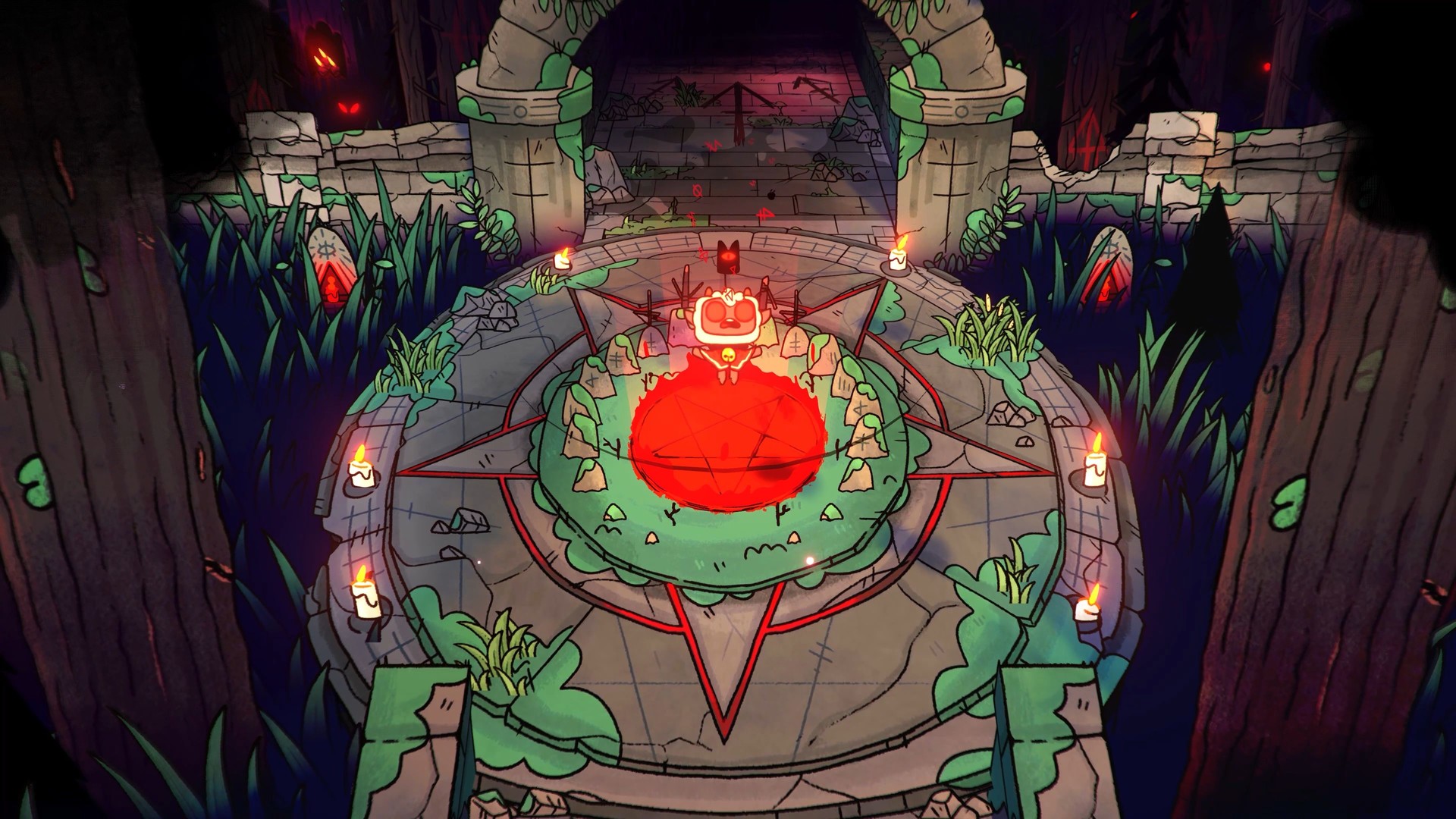 BUILD YOUR FLOCK
Collect and use resources to build new structures, perform dark rituals to appease the gods, and give sermons to reinforce the faith of your flock.

DESTROY THE NON-BELIEVERS
Explore a sprawling, randomly generated world, fight off hordes of enemies and defeat rival cult leaders in order to absorb their power and assert your cult's dominance.

SPREAD YOUR WORD
Train your flock and embark on a quest to explore and discover the secrets of four mysterious regions. Cleanse the non-believers, spread enlightenment, and perform mystical rituals on the journey to become the mighty lamb god.